IMVU’s growth team was always hungry for more videos, which performed exceptionally well for user acquisition, retargeting and retainment campaigns. I had to carefully balance quality vs speed in their creation. There were major limitations for movement, camera angles and expression on the platform, so it was complex to achieve the sorts of shots that made the product look compelling — but I pushed for more cinematic look and the highest quality 3D look we could manage. Meanwhile, I was tasked with getting two or sometimes three a month. I was able to apply data-driven learnings and test theories on what would perform best.

IMVU’s screenshots on the App Store and Google Play store were sorely in need of updating. They were dark and muddy, the 3D avatars shown were far from the best that the platform could do, and they made the app look like it was mostly about narcissistic fashion. Before I joined, the design team had already put together a round that despite being more aesthetic, did not win in A/B testing. Then one of the designers on my team was tasked to remake them in her style, and these too failed.

With a postmortem/autopsy on what seemed to be the issues (including too much retouching) I worked with another designer. The resulting brightly-colored round, which used the “continuous image” trick and in many ways displayed greater diversity, significantly outperformed the old versions.

With the cast we’d built, we made an associated video that brought the features of the app to life. This employed some tricks from videography that really gave a sense of space and pulled the action through.

People find romantic partners every day on IMVU. I wrote, storyboarded and cast the avatars for a meet-cute romance story that also shows off the 3D chat and dress-up parts of the platform. This video quickly became highly successful for user aquisition and is the most-viewed video IMVU has ever made, with over a million views.

The growth team was interested in winning keywords around ‘multiverse’ and ‘metaverse,’ and I was happy to write/cast/direct a story that showed off IMVU’s infinite variety, from exotic travel to fantasy and science fictional worlds.

In the early days of quarantine, I wrote a video aimed to show how IMVU could be a real diversion in a virtual space. This involved finding affordable stock videos to humanize the friends and creating avatars that matched. It was also fun to reference the trend popular among long-term users of showing pictures of their avatars from years back and the #Glowup to current versions.

One heartening truth about IMVU is that many who feel marginalized or not-seen in real life find mutually supportive community on the platform. I wanted to showcase and celebrate the Black community who I saw supporting one another every day on Instagram and the product’s feed. I liked being able to cast a video that represented that Black community (on IMVU and in the world) is not a monolith: glamorous, tattooed urban and Afrofuturist self-presentations are all celebrated here.

I worked with some of the members of this community to assemble the resources on the brand’s Black Lives Matter page and commissioned artwork and wrote its Juneteenth page. I also co-led the partnership with the NAACP for our Vote Campaign (more on that on the IMVU Cause Marketing page)

For this long-form introduction to join the IMVU Creator Program (where meshing or texturing 3D virtual items can earn not just platform Credits but real money), I used three “social proof” mini-interviews with successful creators, in the middle of a three part excited pitch with extended visual metaphor.

I wrote the script and storyboard and worked with a seven creators to make the creator avatars. This creator involvement and showcasing of creator stylistic diversity was important to me, as was including a credits sequence (start at 2:54), which I shot and edited myself. I also sourced and worked closely with the voice talent to get the tone just right.

Lighting in IMVU makes a huge difference in terms of how realistic its 3D rendering looks. In November 2020, IMVU launched an open beta of a tool that enabled creators to add  normal and shininess maps.

While the ‘shiny’ clothes and 3D objects made with this new tool were spectacular, there was very low awareness of the tool and the items were nearly impossible to find in the catalog. I worked with the Creator community lead to make a contest, and shot a number of product demo social posts to bring awareness to the feature and contest entries. 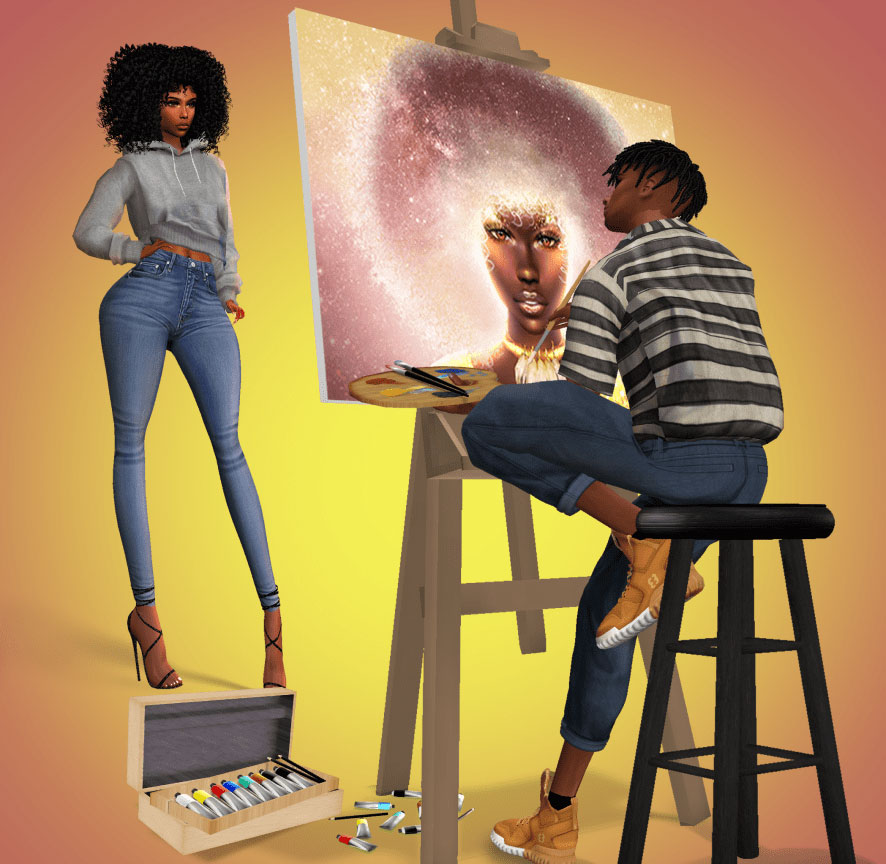 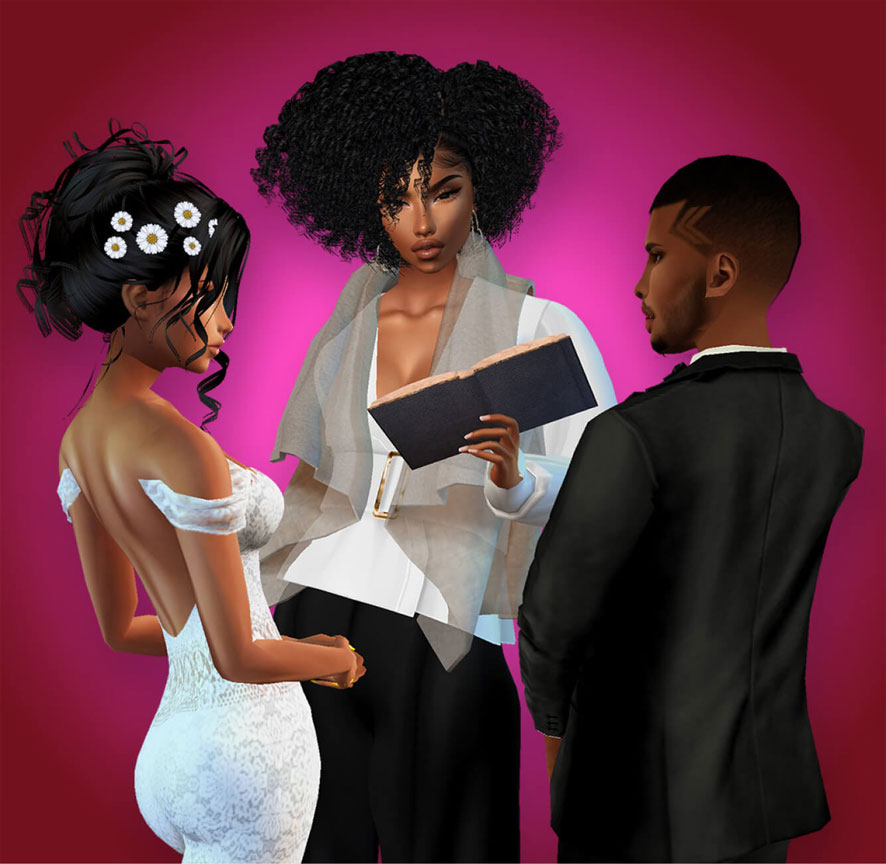 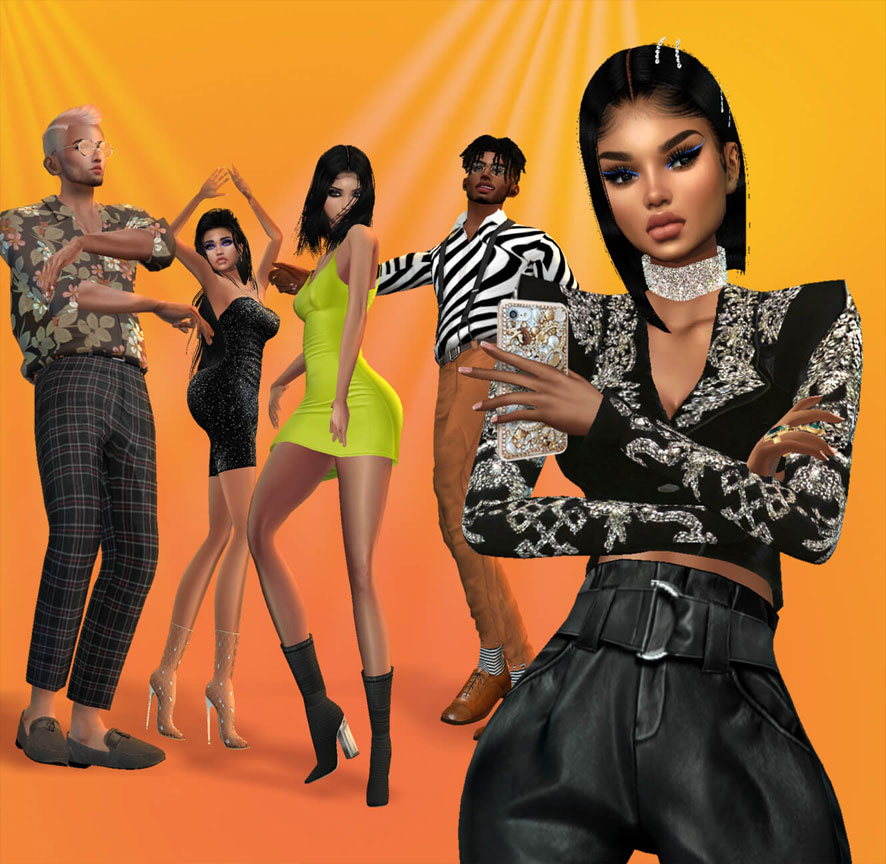 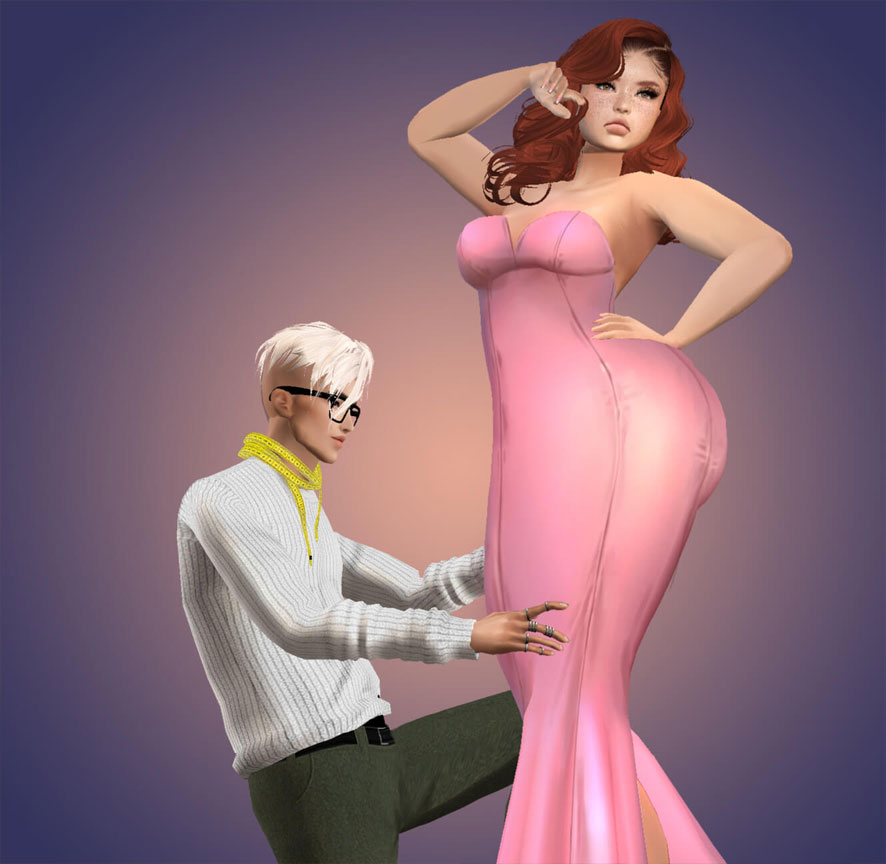 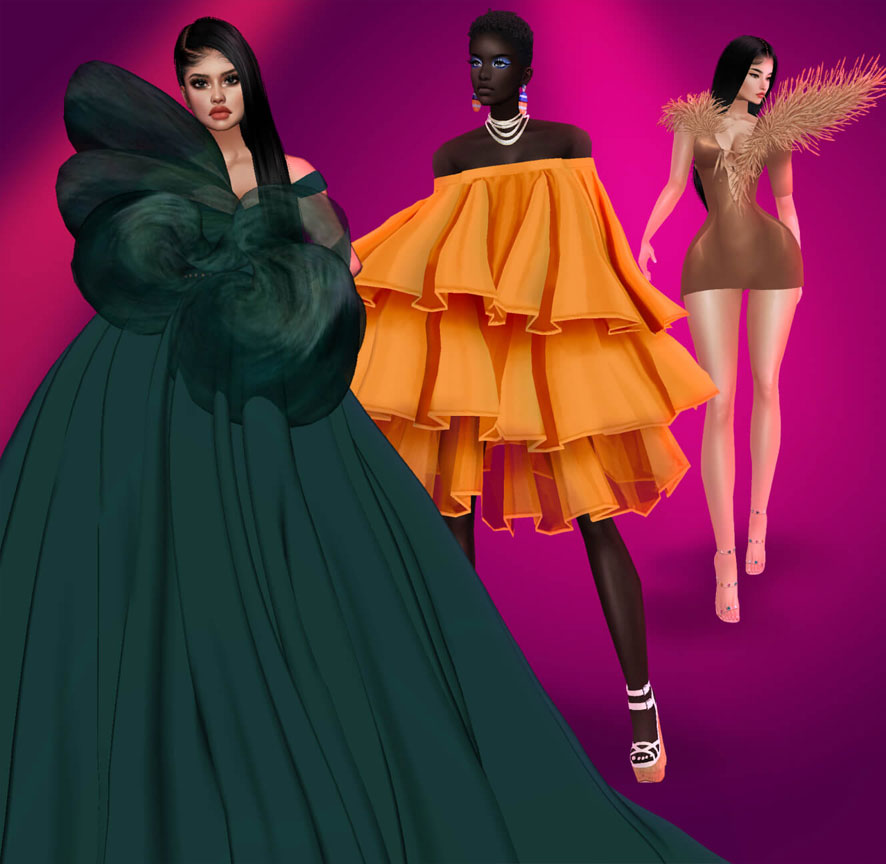 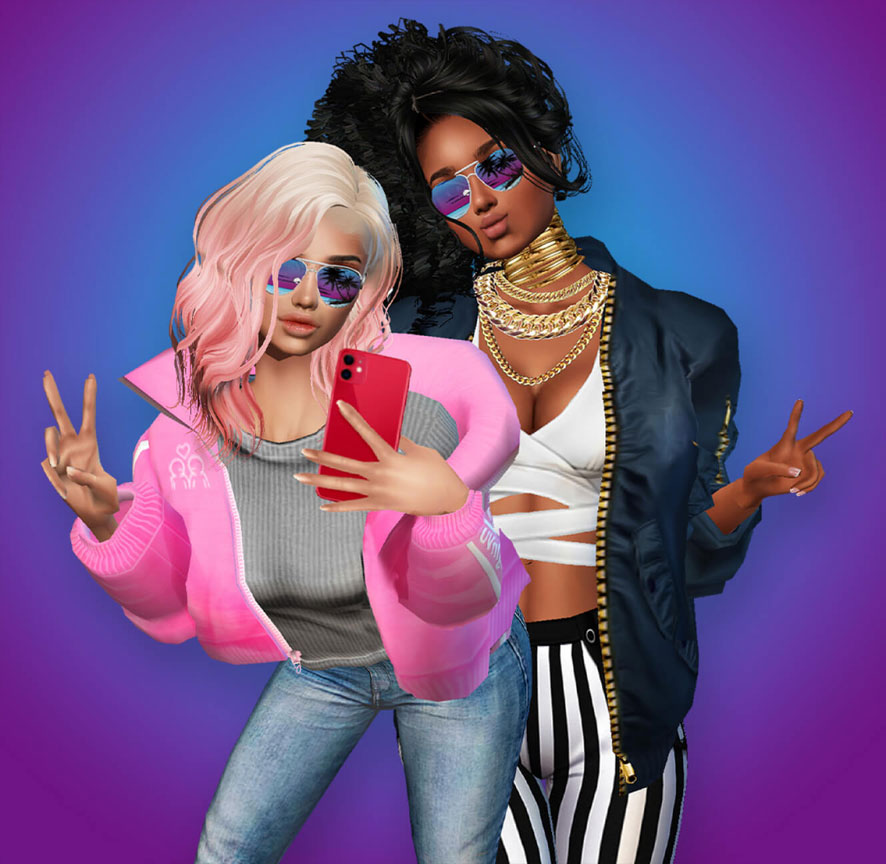 Creators of virtual goods on IMVU is its own economy, paying out not just in-game products but real money to hundreds of thousands of users. But there are other users who perform services: throwing parties, making image edits, officiating virtual weddings, making custom items and so forth.

As IMVU prepared to roll out VCOIN, its own, SEC-approved crypotcurrency, it wanted to bring attention to all sorts of IMVU service providers that might be able to make real money using it. One designer and I worked in tandem to make the suite of Producer images for the Vcoin website, and the cast we made for them we reprised in the corresponding video.

Between the pandemic that made everyone’s 2020 different and the resulting uptick in the app’s use and users, to IMVU’s stepping into the Cause Marketing / Giving campaign space (a charge I pitched and co-led with the other Marketing Director — see Cause Marketing project page for more on these campaigns), 2020 was quite a year for IMVU. This year-end video aimed at heartstrings, and to celebrate the good we saw on the platform.