When Speck cases were first chosen to be assorted into AT&T stores, we were informed of a policy that we had to provide samples to a sizeable list of executives and managers. We were just beginning to establish ourselves as a brand embracing underdog-levity (the logo was after all an asterisk inside parentheses_ and balancing a wink with great product design, and took the opportunity to make a good first impression with our fresh, orange brand. 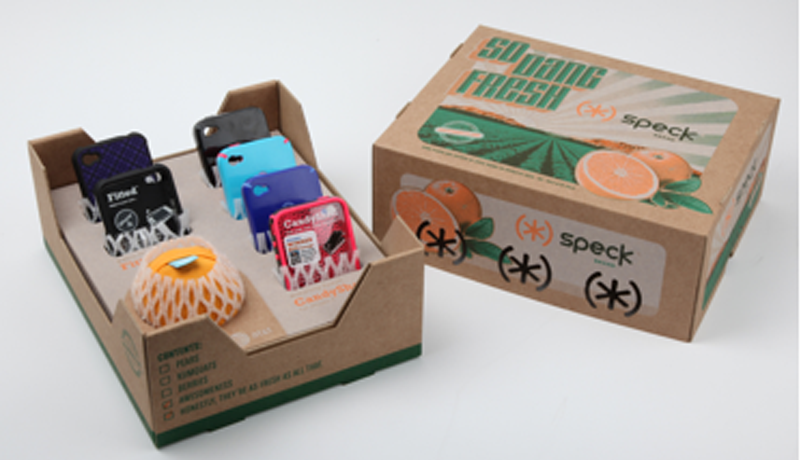 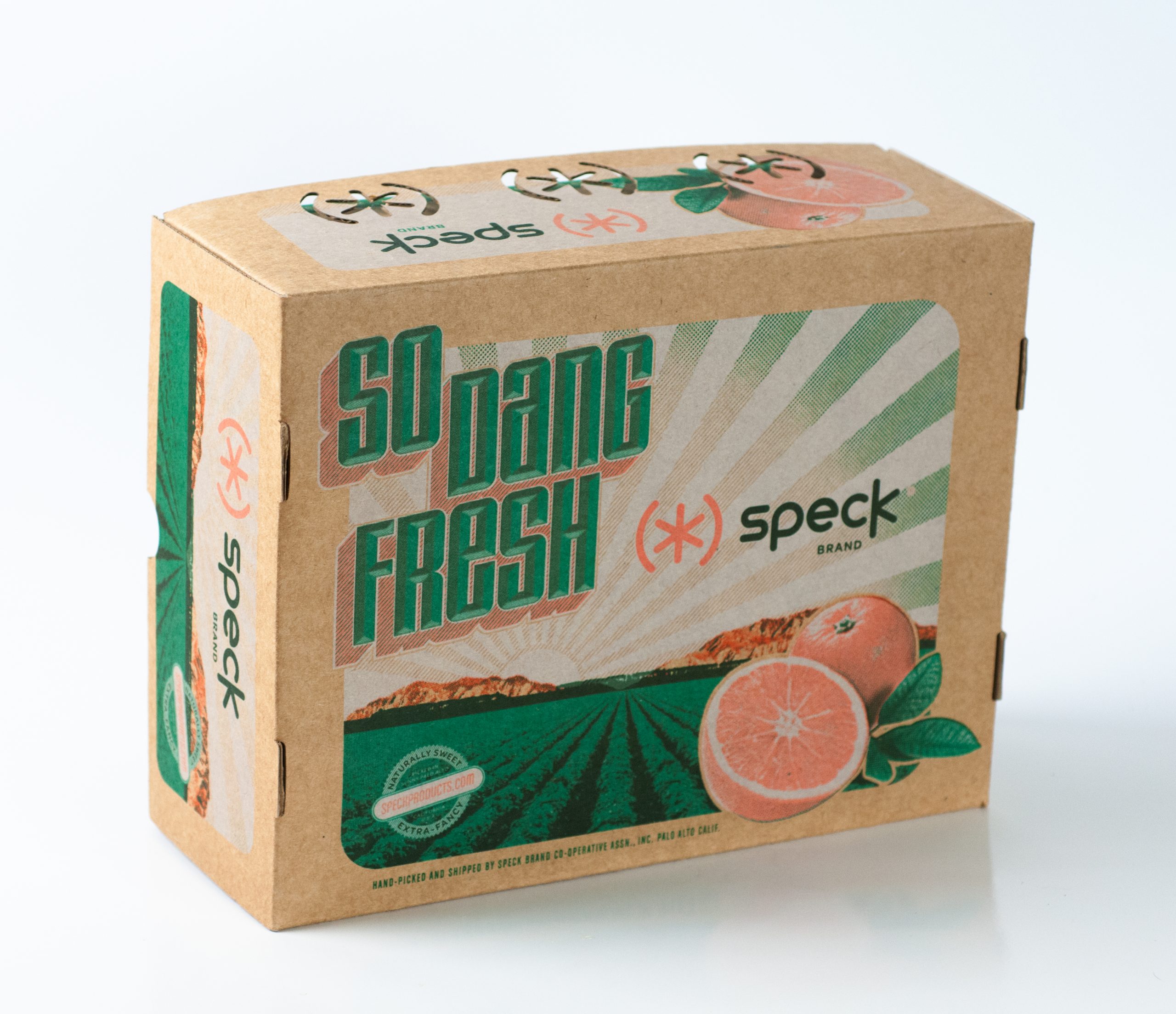 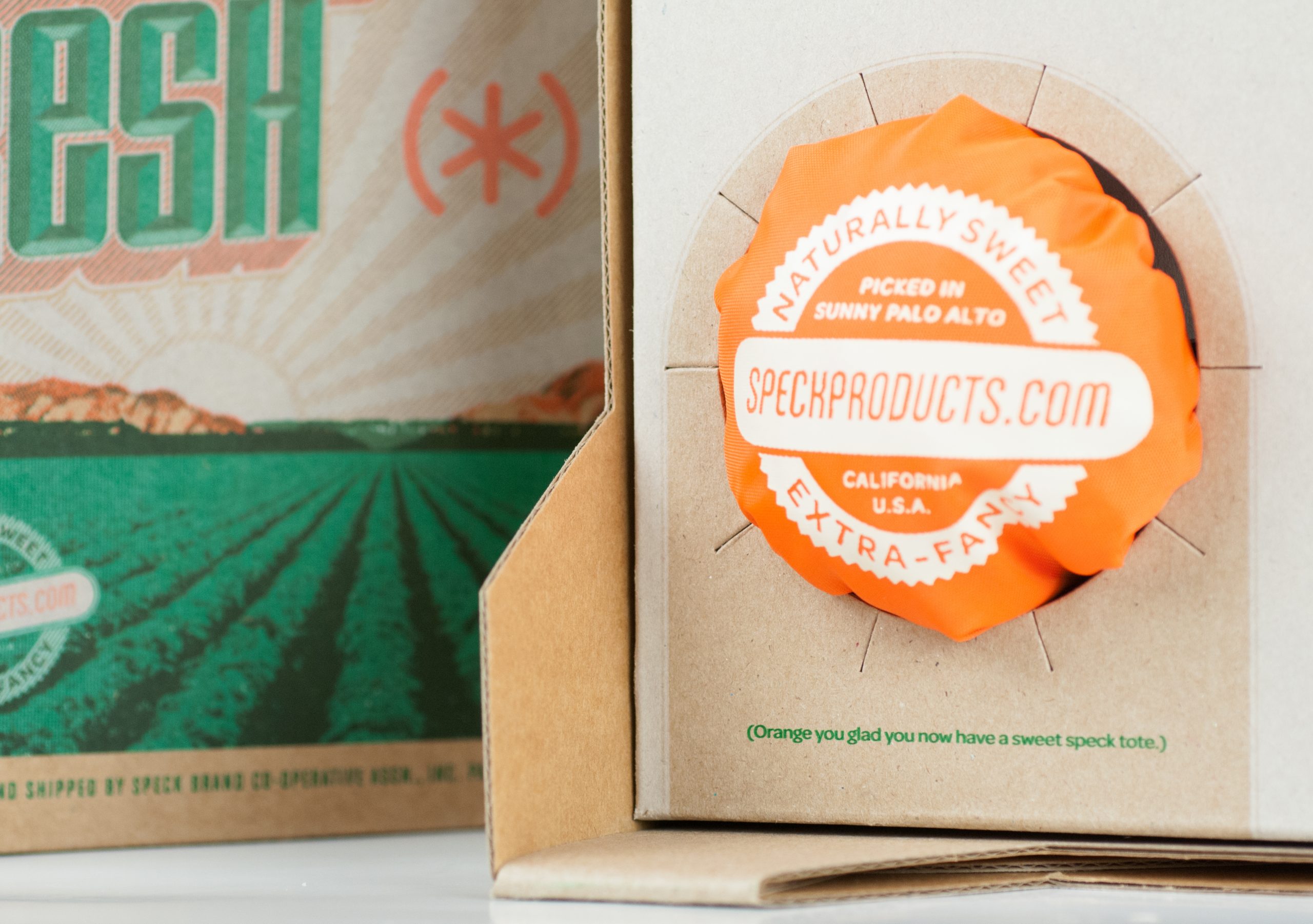 Inside the box the cases were displayed in the sort of foam netting that fancy fruit comes in, and a lightly branded reusable bag stood in for an orange. Small type in several places made winky jokes.

There are two amusing anecdotes about the success of this launch kit. The crate was modeled realistically enough on a produce box that one was returned by the postal service for insufficient labelling of agricultural goods. And, three years into Speck’s successful partnership with AT&T, a coworker in the sales team reported that they saw this kit on the shelf at a AT&T VP’s office.