Cause marketing, education and giving programs

When I first interviewed at IMVU, I spitballed the idea that there was a win-win-win opportunity for the brand to partner with the sorts of organizations that would be resonant and helpful to its audience. What about partnering with It Gets Better Project, I asked? They could get their message of hope and resources to a relevant audience, IMVU could get the brand love and loyalty for having made a not-just-token nod to our queer community. And if our donation to them included microdonations made by IMVU users purchasing virtual-goods-for-donation, we’d help our users connect with and feel they’d contributed to the nonprofit. Six months later, the idea had gotten approval from the top, and we began our 2020 Cause Marketing campaigns.

PRIDE CAMPAIGN benefitting IT GETS BETTER

Quarantine had already begun by June 2020, and real-world Pride parades were getting canceled. Plus, just before the month started, George Floyd’s killing put black lives into the forefront of the cultural zeitgeist (see this other IMVU project page for Black Lives Matter resources page and Juneteenth projects I led).

My proposal to partner with It Gets Better Project was approved, and the other marketing director and I had been in touch with them to hammer out the details. The weekend of Pride was a very tight time for booking many queer activists and celebrities. I suggested that someone from Pose on FX might be a perfect fit to host a meaningful discussion and a virtual Pride gala dance party; trans women of color were, as our contact there said, very much in the spotlight. Ultimately, we managed to get Angelica Ross from that show, an activist and nonprofit founder.

The creative deliverables I designed and directed for the partnership included: the Pride 2020 video, a reskin for all the social channels, the live room for the virtual dance event, and the landing page that contained all these things. Creating virtual avatars for this event, I went a little less flamboyant than in prior years and more defiant. For the video, I used animated typography in Gilbert, designed in honor of the Pride Flag’s creator Gilbert Baker, featured several nonbinary avatars, and made sure dykes on bikes—who lead off many citys’ parades—were given prominence. I created the It Gets Better donation shirt designs, making sure to have ‘female’ flat chested shirts and ‘male’ ones with a bust: though our platform was very queer-friendly, its catalog was very gender-binary. 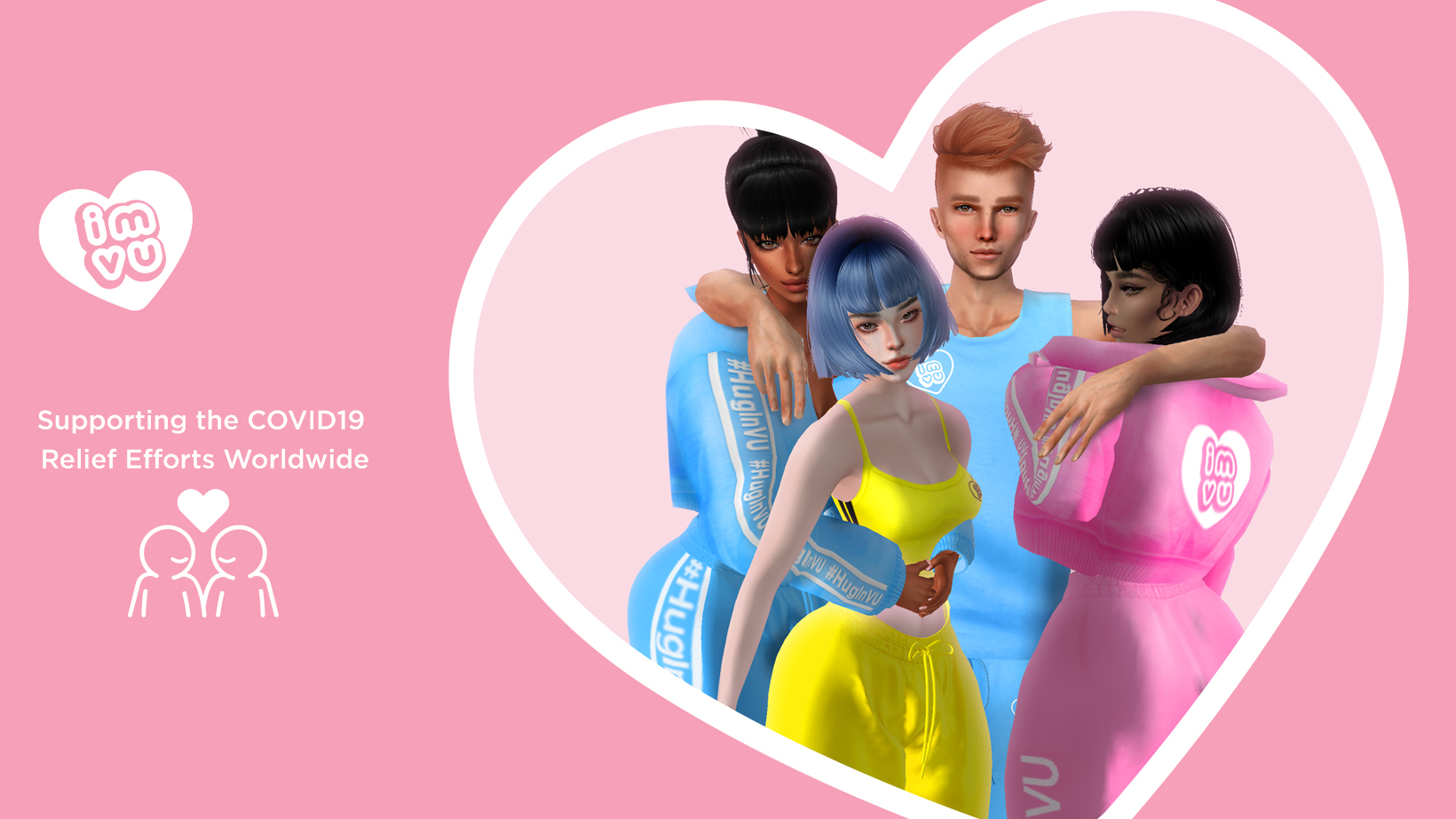 Quickly after Shelter-in-Place and Quarantine orders rolled out, we decided to make virtual sweatsuits and hold a social media contest (#HuginVU) to benefit COVID relief efforts. The $100,000 matched donation program got a lot of support from the IMVU community and garnered a lot of heartwarming hugging UGC. This donation was given to Care.org, though the campaign was not developed with them. We learned from this experience, and subsequent campaigns with It Gets Better Project, NAACP, and Care.org at year-end were done in conjunction with the organizations and amplifying their own campaigns.

For the year-end CARE.org campaign, I proposed the prosocial themes for a month of virtual gifts and directed the video that announced the partnership, amplified the organizations’s critical mission, and demonstrated IMVU at its best. We rolled out a line of products on set days in December that spotlit the different ways care could be expressed on IMVU and in the real world. I commissioned and worked closely with the creators of these items, many of which were complex to build with IMVU’s limited and finicky creator software. 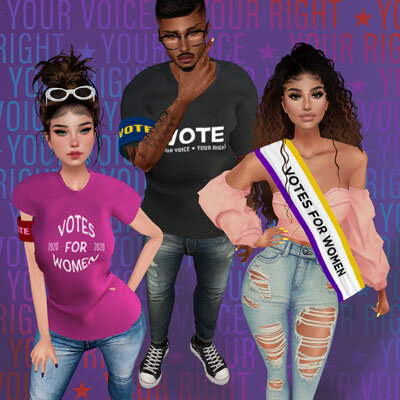 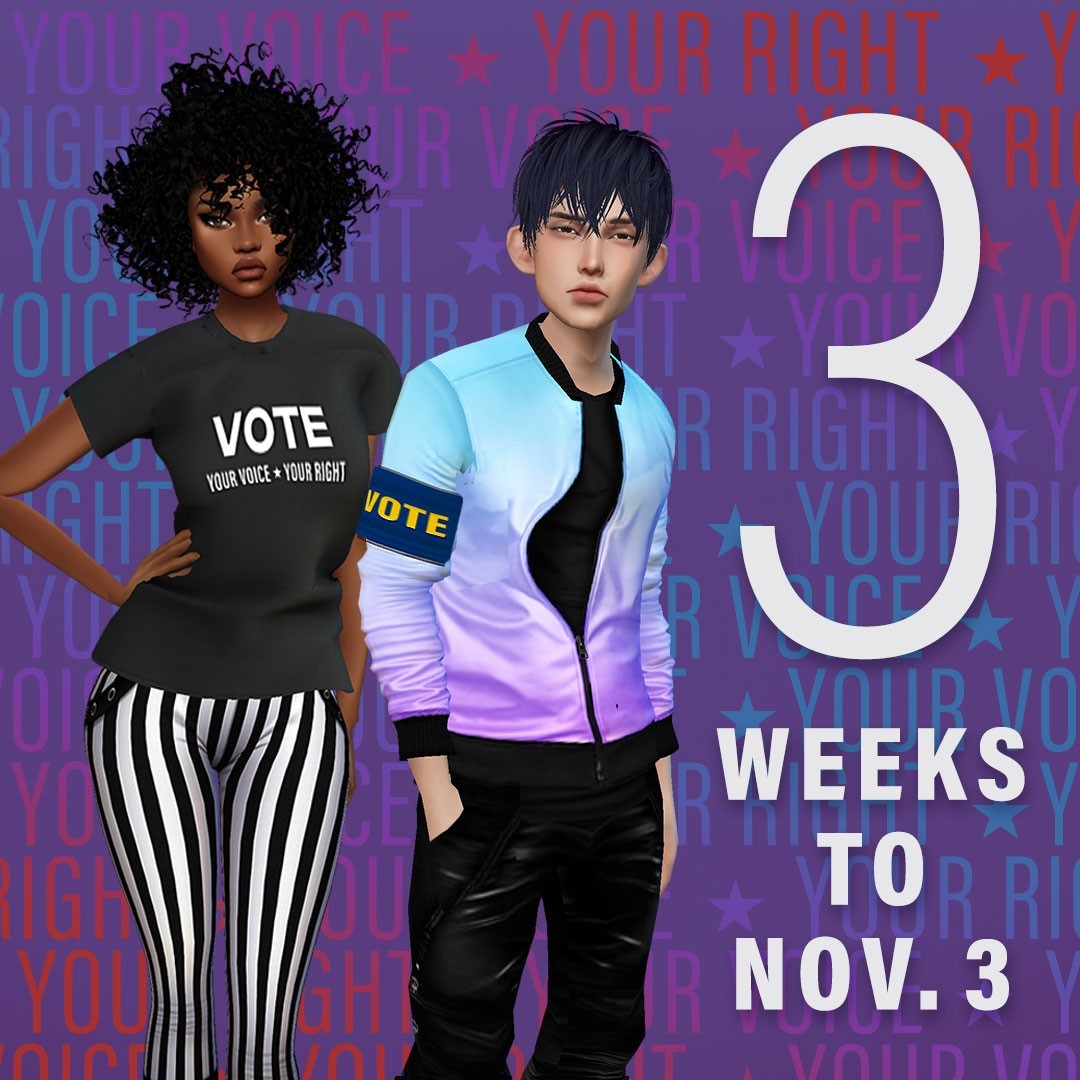 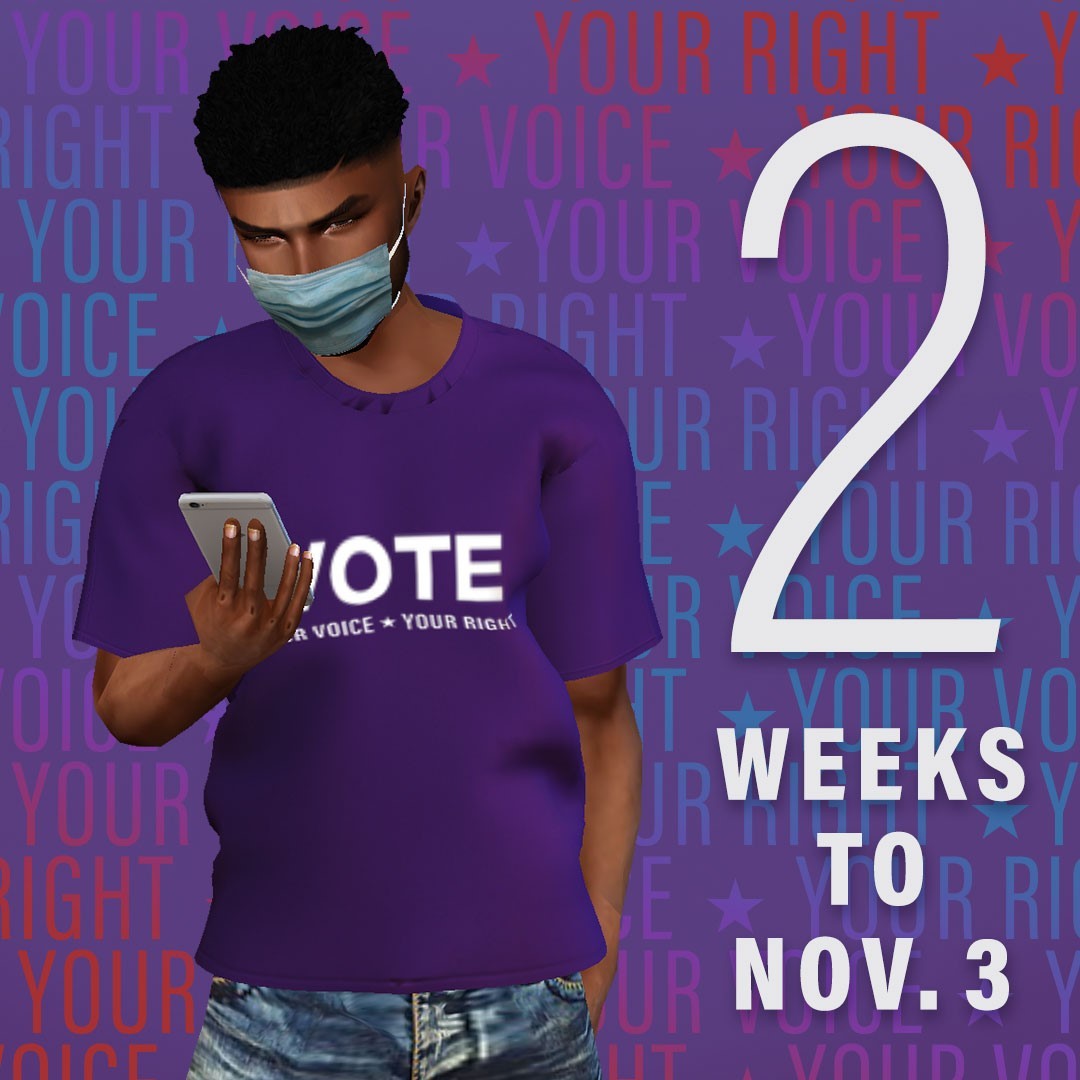 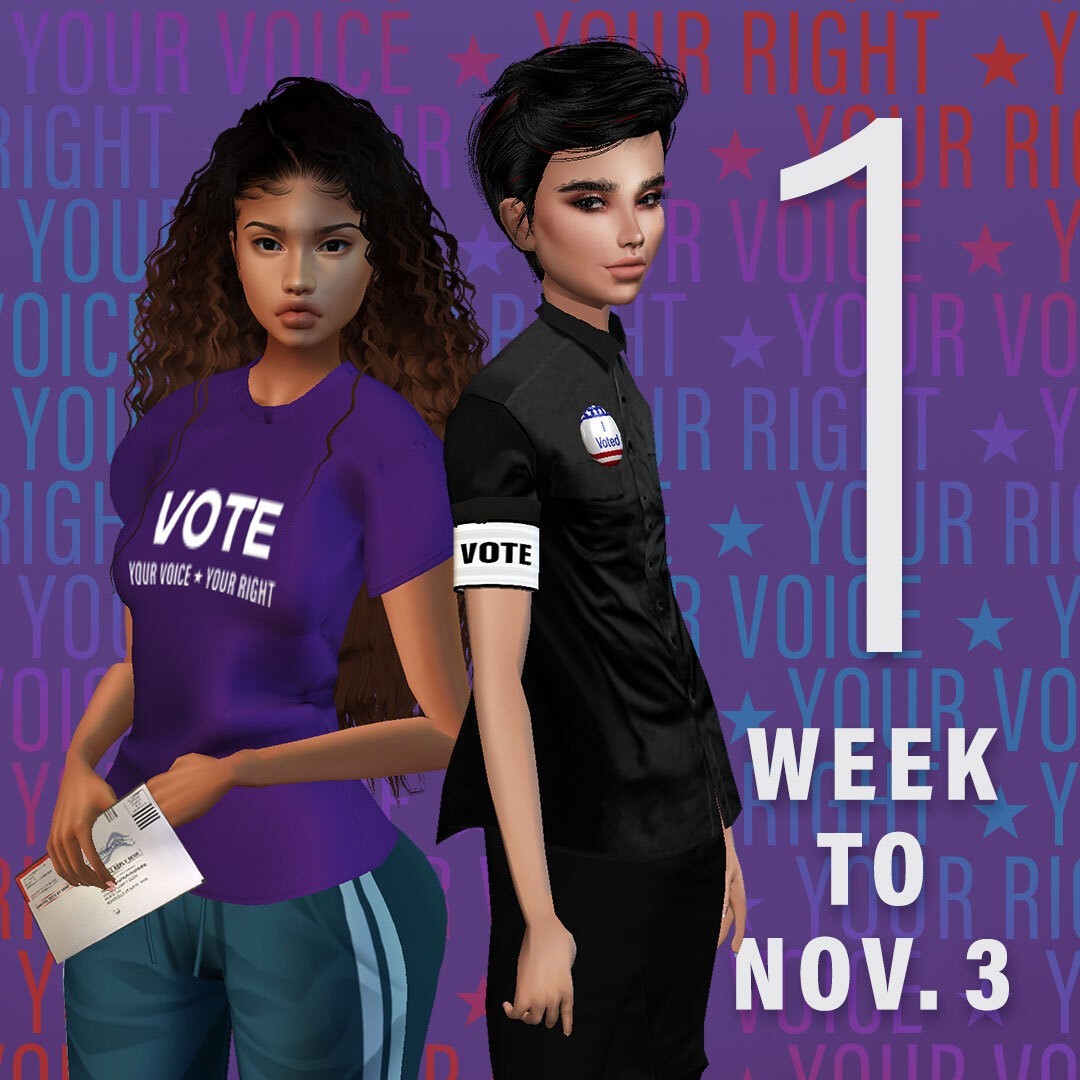 The U.S. vote in 2020 seemed very consequential. We determined that we would provide voter resources but remain neutral in terms of endorsing candidates. However, we also partnered with the NAACP and presented graphics I designed that showed the country’s diversity, highlighting the vulnerable and consequential issues.

In addition to helping shape the campaign itself, I designed the social media graphics, virtual goods, and microsite. Much of the creative I designed and directed outside this campaign avoided “eye contact” for greater realism and to prevent the ‘selfie’ and/or uncanny valley effect avatars facing out sometimes showed. For the VOTE campaign, to strengthen the loud call to action, I used eye contact avatars solely (except for the worried, masked voter on the 2 week post), though with a lot of body language variation personality. My main vote graphic was inspired by Norman Rockwell’s Four Freedoms, projecting the urgency of a diverse collective affected by the direction set in this election.

For the virtual goods, I made armbands and “thought balloon” overhead signs as well as t-shirts so that avatars could carry the message with an outfit of their choosing. I also came up with “Your Voice * Your Right” as our slogan, though we made goods with the NAACP’s more confrontational “Our Lives Depend on It” as well. I also pushed for and designed Suffragette shirts and sashes for 2020’s centennial celebration, which we used for the campaign’s launch. 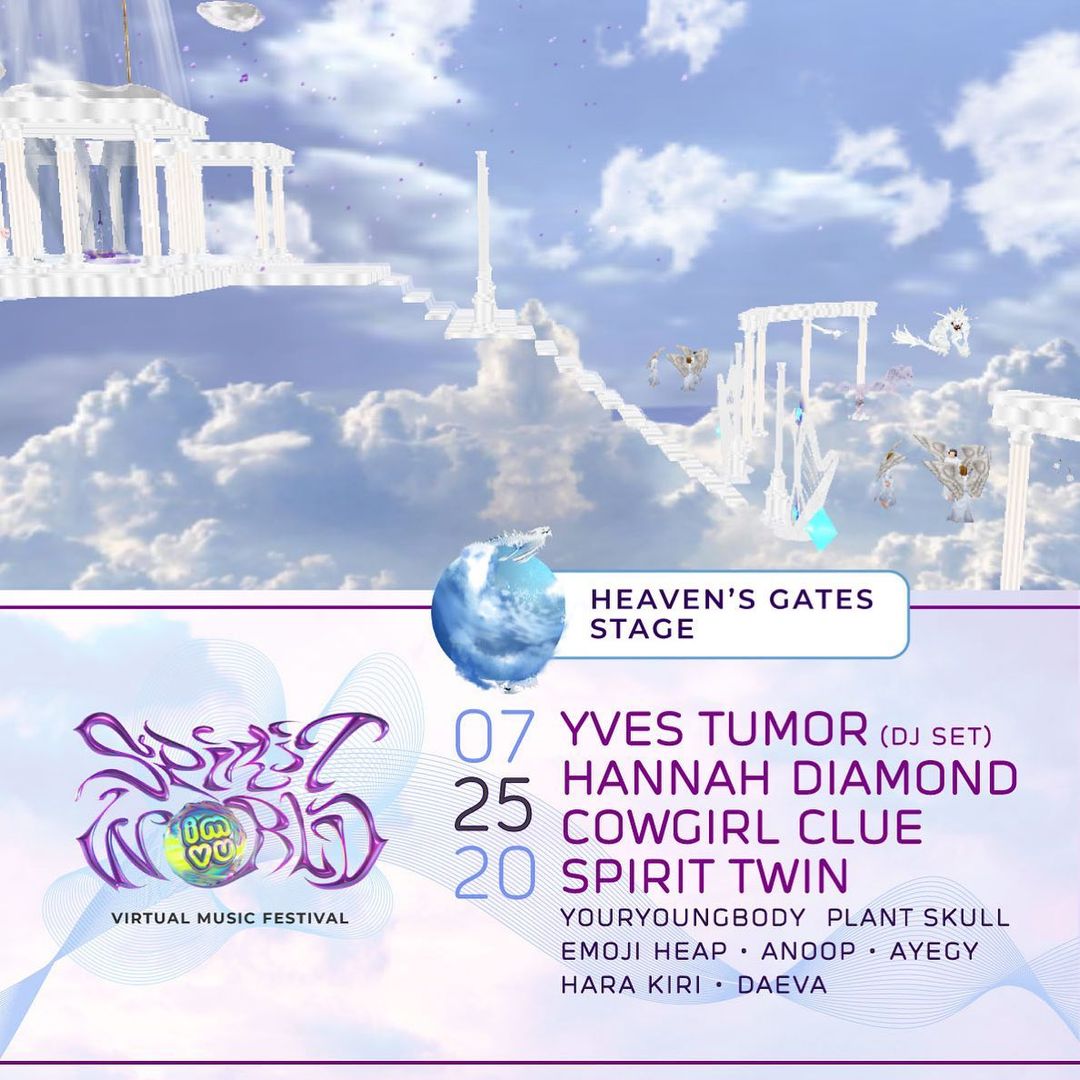 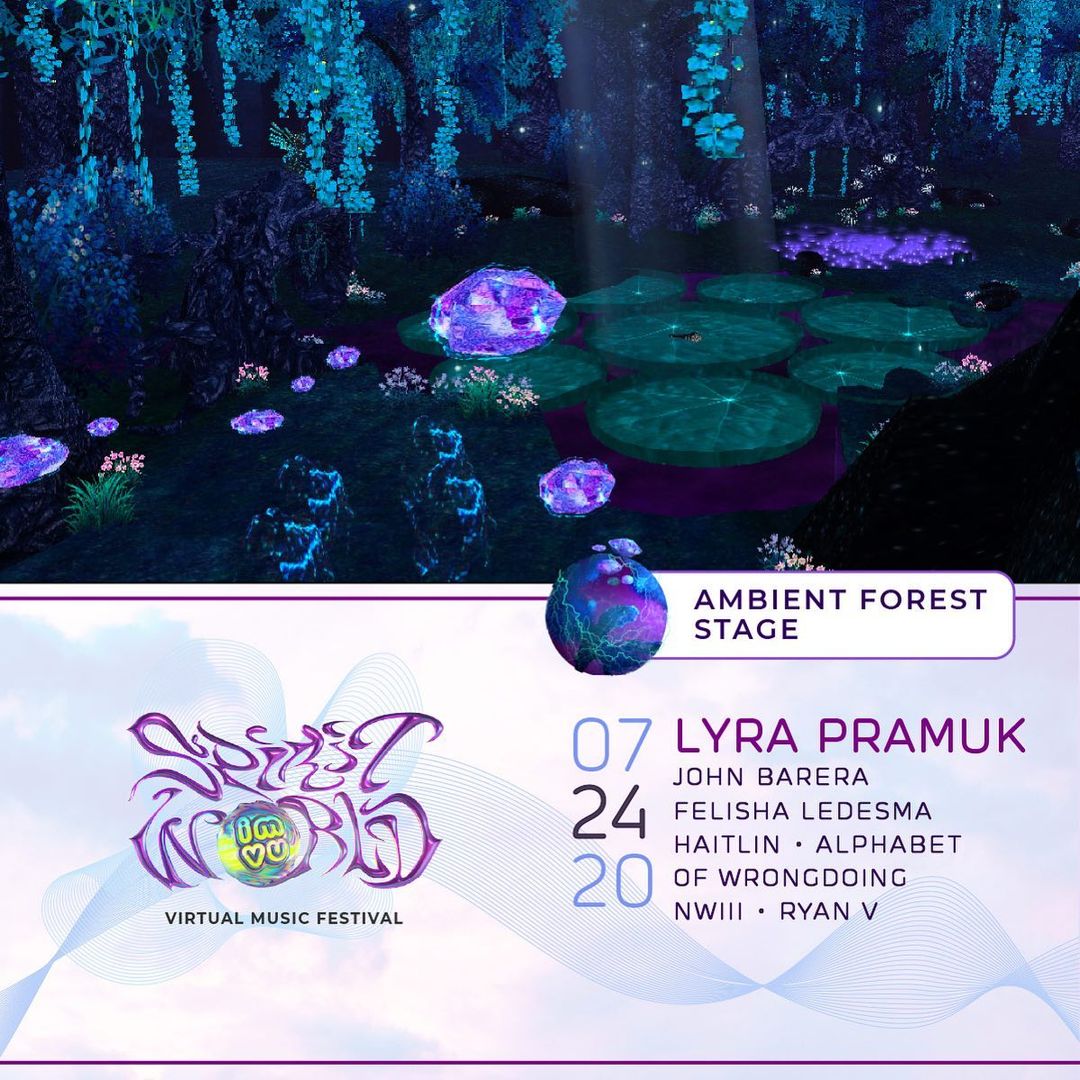 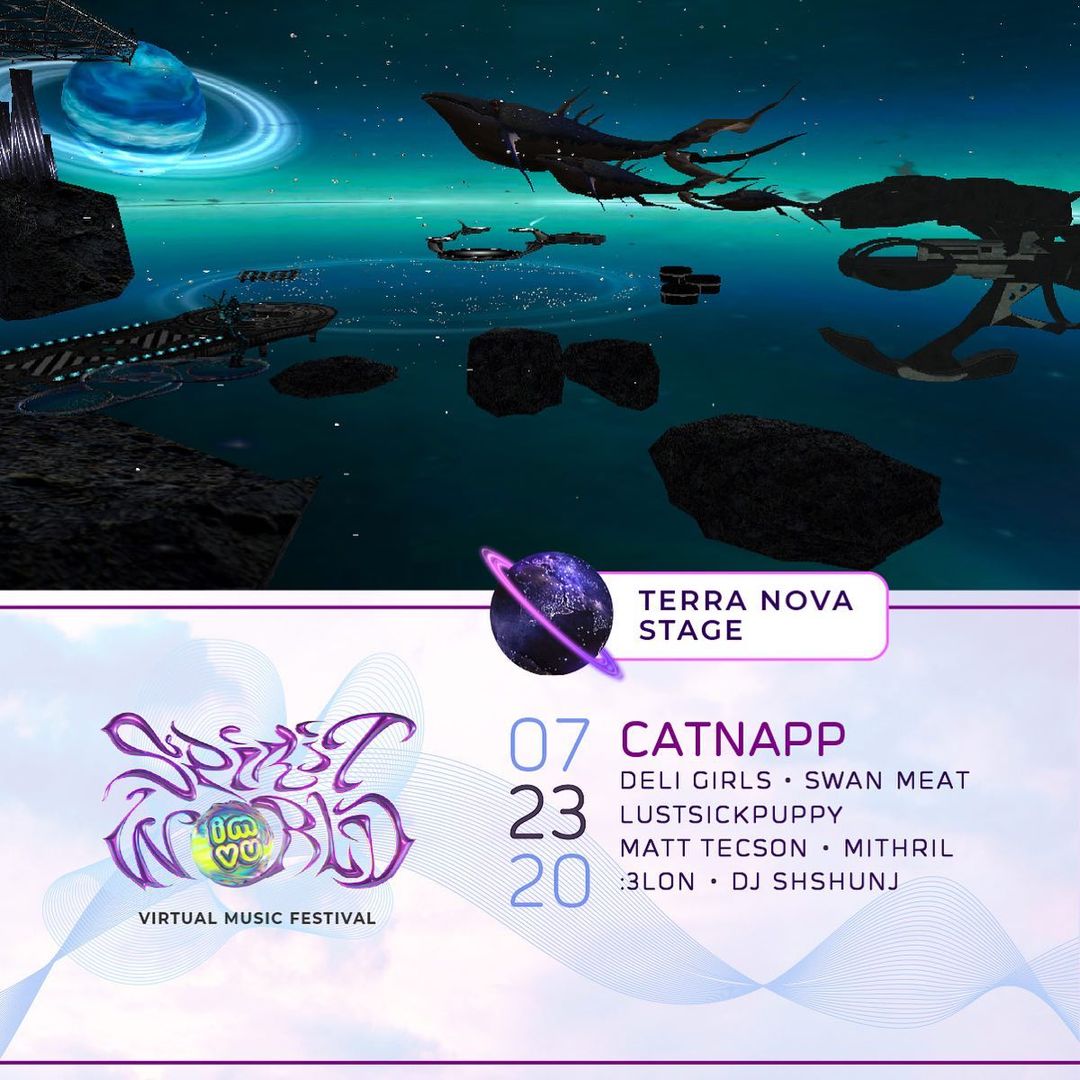 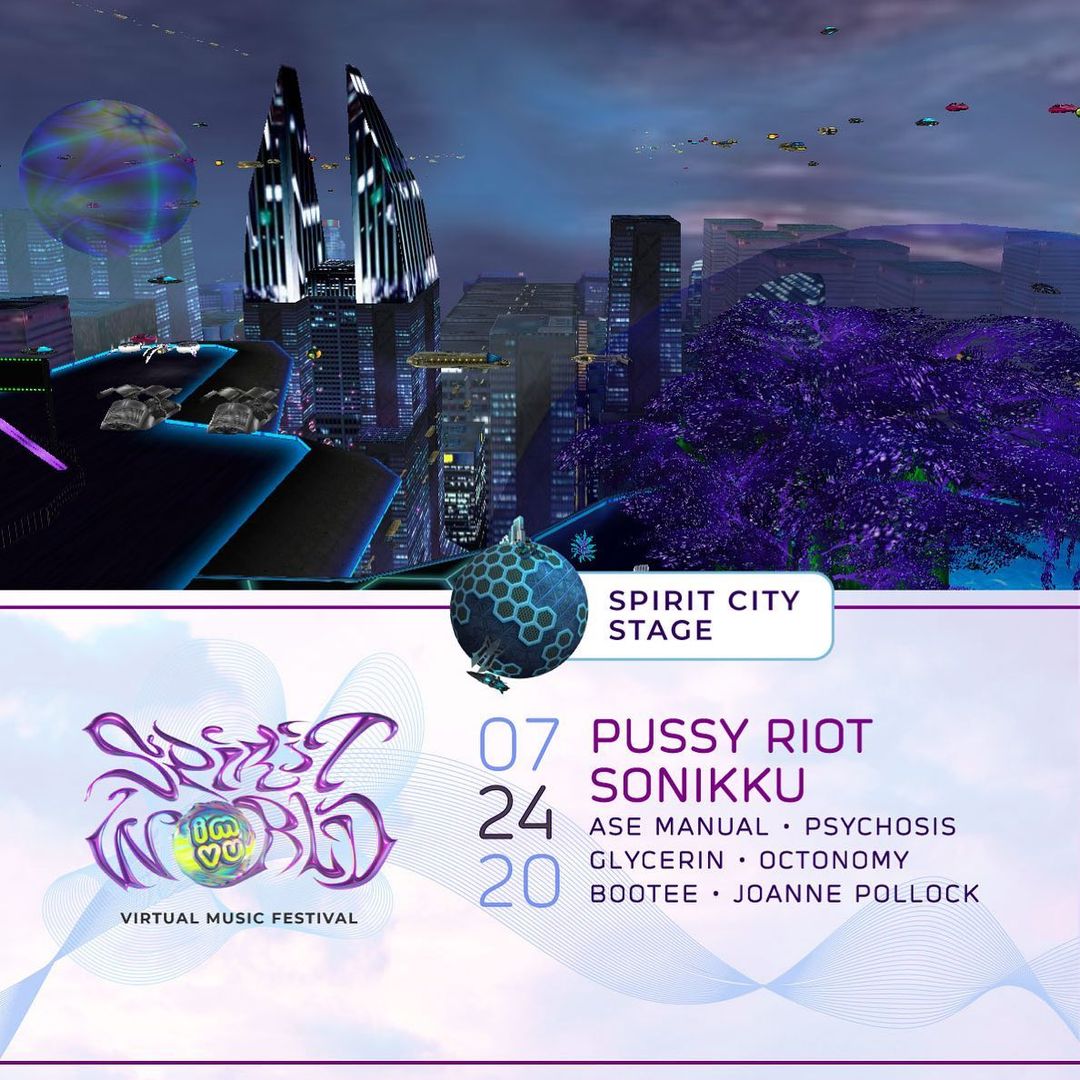 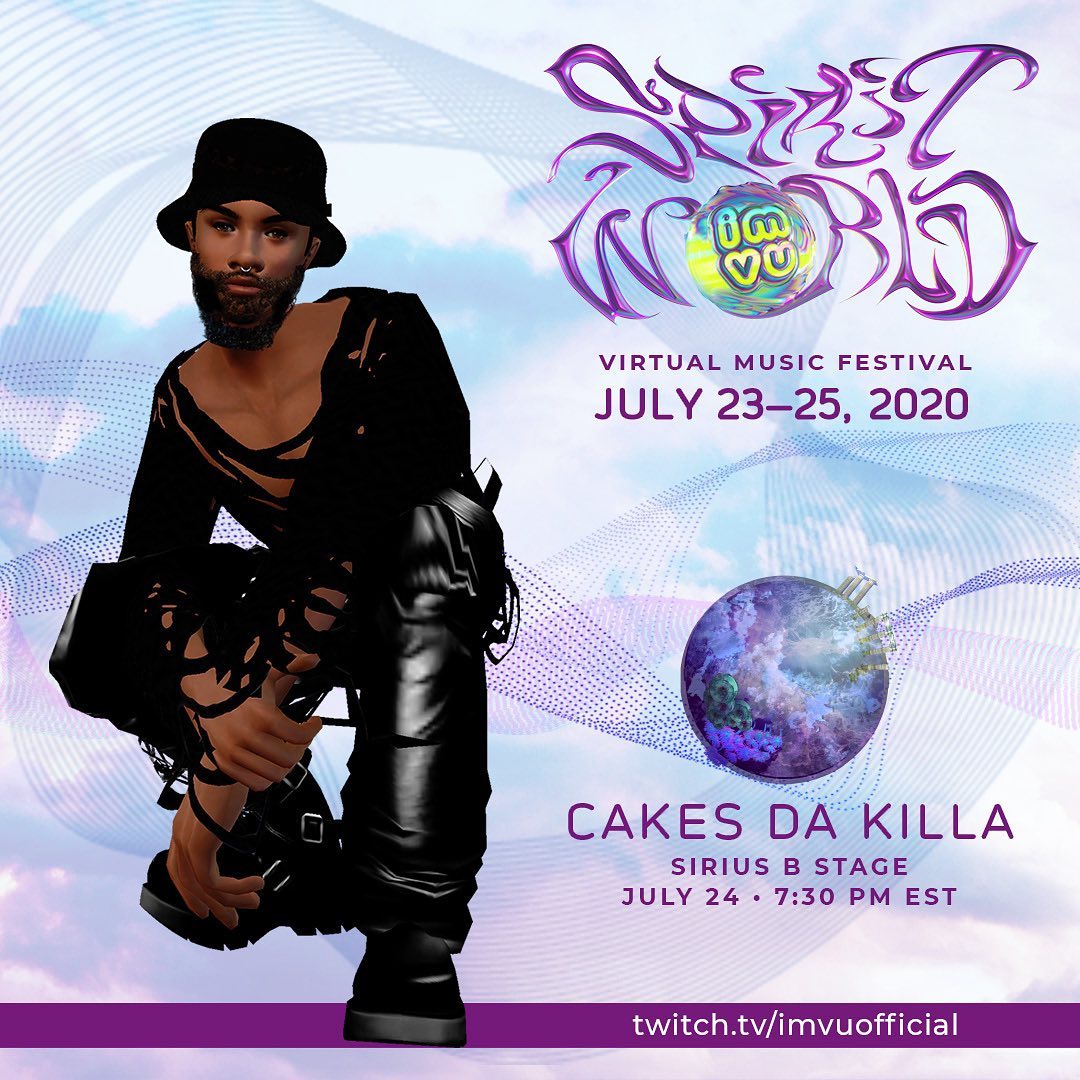 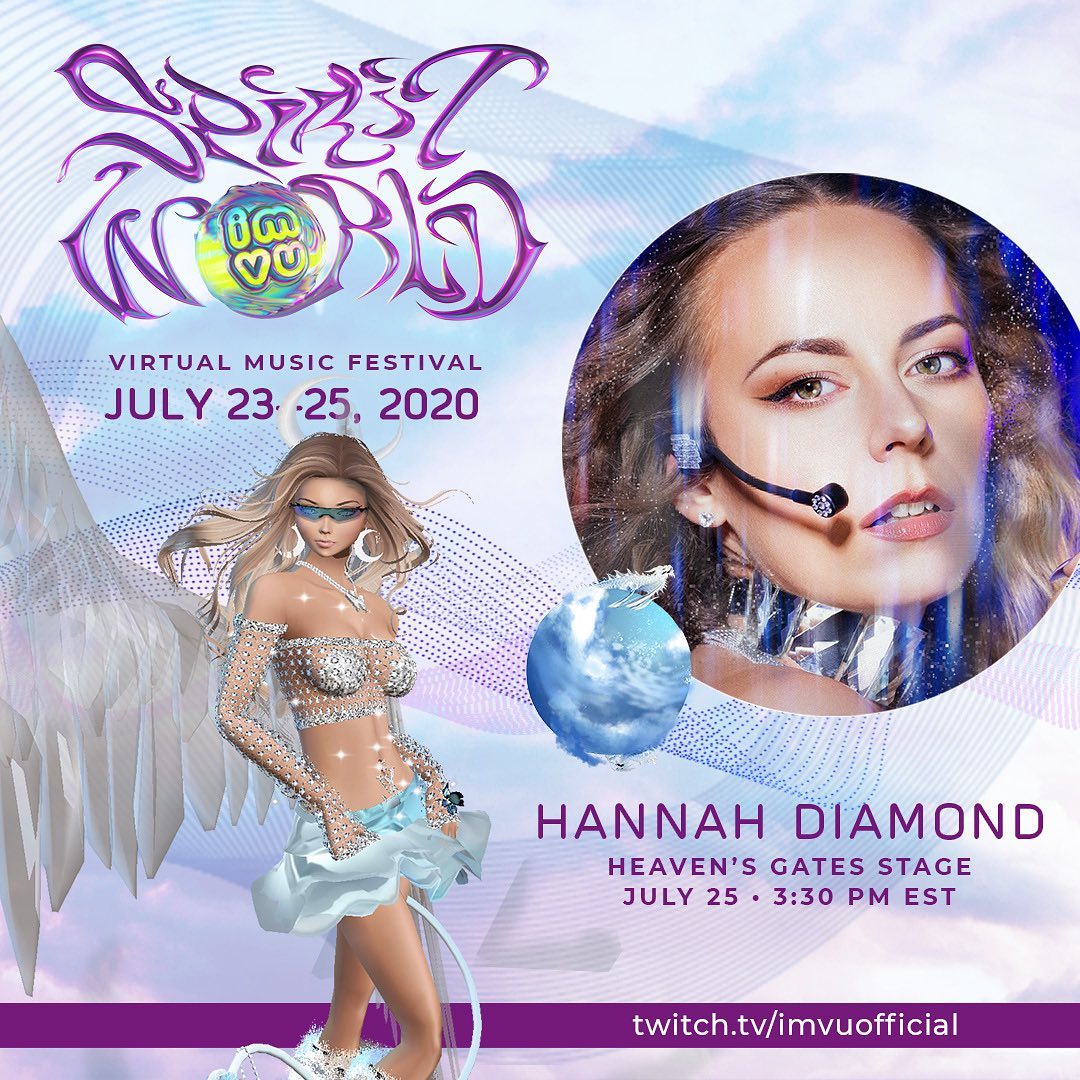 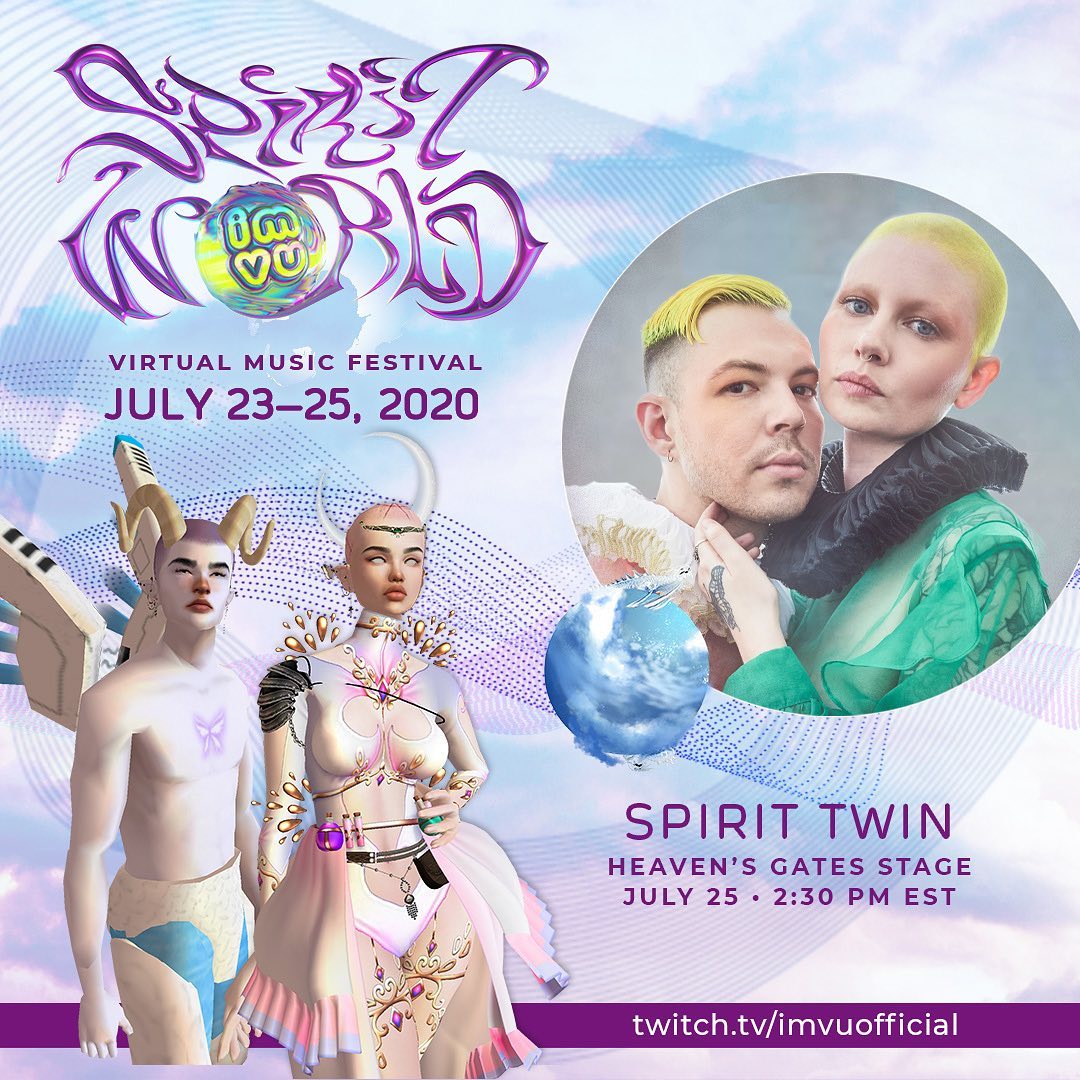 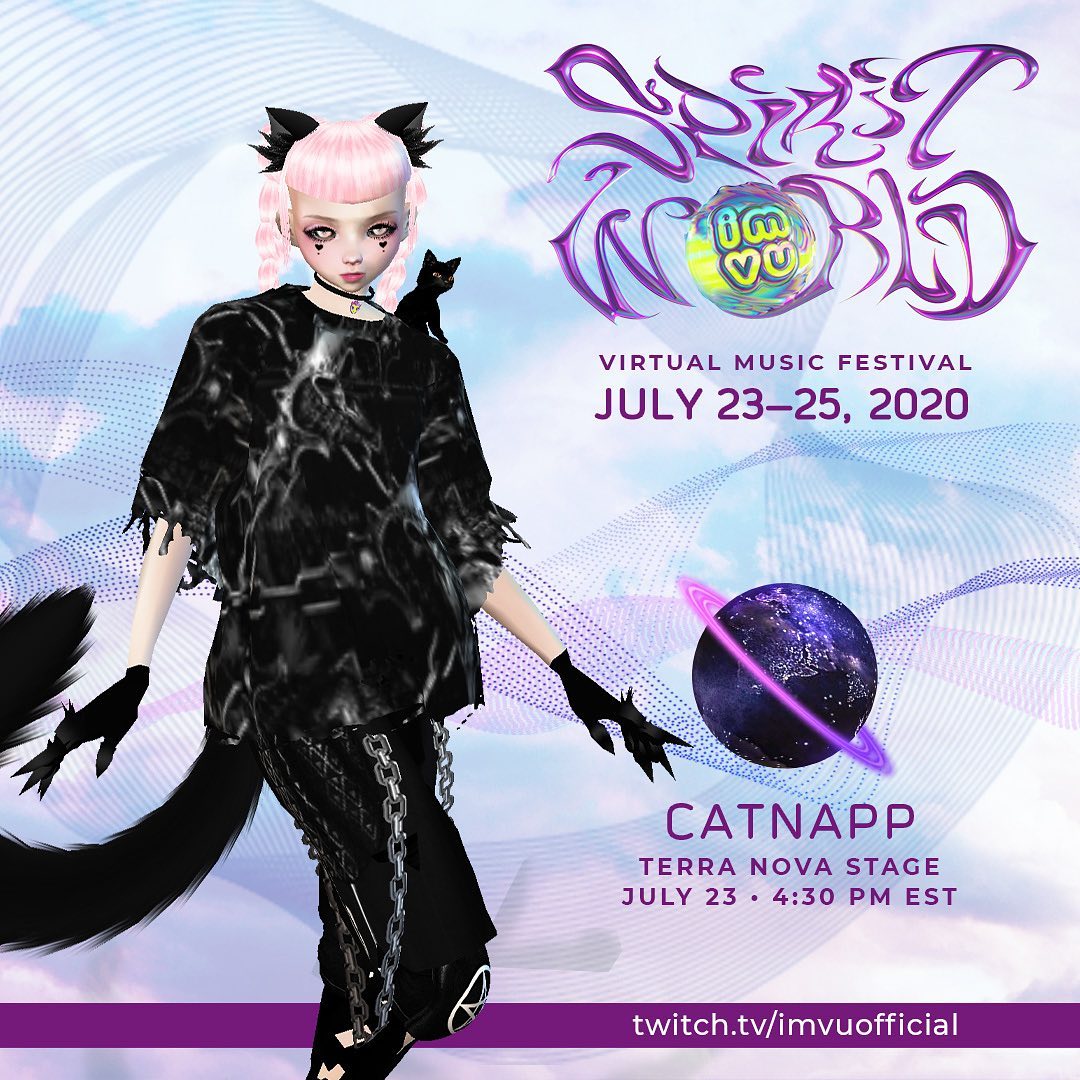 2020 was hard on music festivals, but IMVU was able to host two spectacular ones. Spirit World was a 3-day festival with a diverse lineup of 50 diverse artists headlined by Pussy Riot, Yves Tumor, Cakes da Killa, Sonikku, and Hannah Diamond. It took place over six virtual ‘stages’ and was written up in Paper, Earmilk, High Snobiety, and more. Pabllo Vittar’s event was an 18-hour marathon with the global lineup performing on stages representing 6 of the world’s most iconic queer music venues and was featured in Billboard and many Latin American press outlets.

For Spirit World, I helped assemble the stages and refine the artists’ avatars, as well as directed or designed the festival’s look and feel: logo treatment, virtual tee shirt, planetoid graphics, animated type system, microsite, even artist card graphics for each performer to share on their social media to get more of their fanbases to watch and join IMVU. For the Pabllo Vittar event, I also directed the look and feel, helped manage the stages and artist avatars, and commissioned custom items for the performers. I shot for and directed teaser videos the performers could share their networks.

Between the pandemic that made everyone’s 2020 different, the resulting uptick in the app’s use and users, to IMVU’s stepping into the Cause Marketing / Giving campaign space and hosting major virtual music festivals, 2020 was quite a year for IMVU. This year-end video aimed at pulling heartstrings, and celebrating the good we saw on the platform.